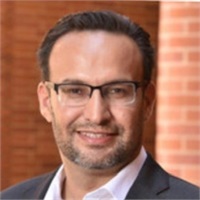 Edward Vela has 13 years of wealth management experience working with high net worth investors in the Bay Area. Edward has recently relocated to Los Angeles to expand his career in Southern California, where he is originally from. Edward received his Executive MBA degree from the UCLA Anderson School of Management, class of 2020. He also graduated from UCLA with a bachelor’s degree in Political Science, specializing in International Relations and Economics. As an exchange student in Brazil, he developed a passion for documentary filmmaking and giving a voice to those in economically distressed communities. Edward became an award-winning documentarian in 2018 when he premiered his film, “God’s Tenants,” in the Los Angeles Brazilian Film Festival.