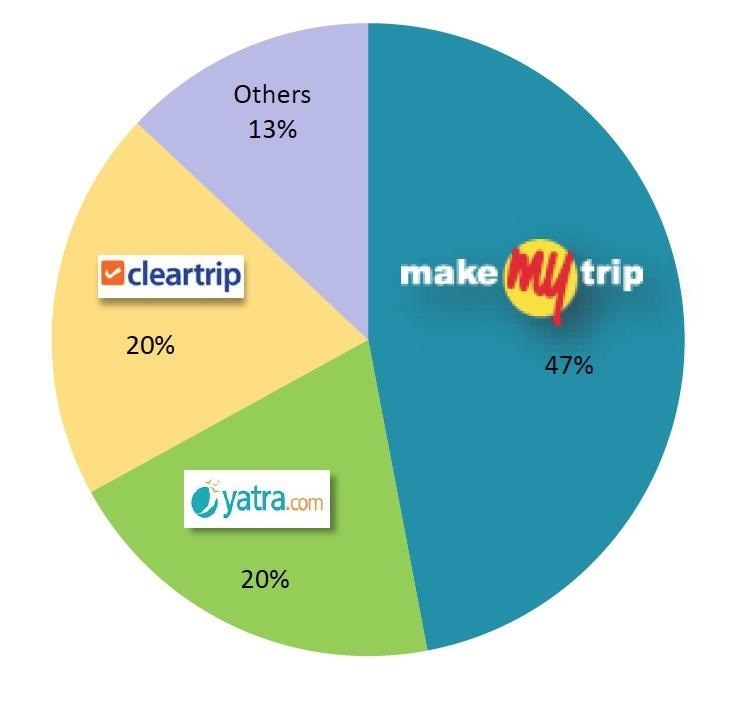 As the liberal media/deep state meltdown over the Mueller Report, which exonerates President Trump from any charges of “collusion” with Russia or “obstruction of justice” continues, we take a look at some of the emerging markets that have yielded impressive returns over the last 5 years.

Specifically, we take a look at India, which has been a standout so far in a group that includes China, Brazil Thailand. The emerging market portfolio at  partners includes many fast-growing Indian companies such as MakeMyTrip.

Indian markets have outperformed most of the other emerging markets. Yes, Brazil has done spectacularly well since the election of a dynamic new leader, President Jair Bolsonaro.

Brazil, as a matter of fact, looks like an outperformer in 2019. The Brazilian markets are touching new highs almost every week. Thailand has many good local businesses. The Thai markets had a good year in 2018, but not so much, so far in 2019.

As for China – we feel the Chinese markets are heavily sold off. But with the probable success of the trade talks between the U.S. and China, we expect things to get much better from this point.

Why India is the Top Emerging Market in 2019?

The Indian markets have been on the move since October 2013, when the markets sensed that the pro-business Narendra Modi was all set to be the Prime Minister of India. The NIFTY was at 7,000 then, and now that we are at the end of Mr. Modi’s first term, is at 11,623 – up by 66 percent since then.

The Indian Rupee was the worst performing currency among emerging markets towards the end of 2018. But it has recovered a lot since then and has been remarkably steady so far in 2019.

It also helps that the war clouds that threatened to engulf the region have receded after both sides, India and Pakistan have taken a step back. Pakistan is by no means a rival to India economically – but presents a serious military threat as it is power.

The most impressive thing about the Indian economy is not just the GDP growth of 7% and 8%, but that the (retail) inflation is just 2.18%. The data points for India certainly look great as the nation heads into the election season.

India has a fast growing economy with a large and growing middle class who are not afraid to spend. It’s no surprise that India is a major market for many U.S.-based companies. The nation received foreign direct investment of 5 years

According to Finance Minister Piyush Goyal, "Due to a stable and predictable regulatory regime, a growing economy and strong fundamentals, India could attract amount of foreign direct investment during the last five years, as much as USD 239 billion worth received as FDI. This period also witnessed a rapid liberalization of the FDI policy allowing most FDI to come through the automatic route."

Who are the biggest investors in India? Surprisingly, much of the investment in India comes from Mauritius and Singapore. The United States, the Netherlands Japan are major investors in the country as well.

The most impressive thing about the Indian markets is that they are quite insulated from trade risks due to events happening in the global economy. The S&P BSE Sensex Index has gone up by 7.5 percent in the first quarter of 2019 while the MSCI Emerging Markets Index has gone down by 9 percent.

Much of this is because of a major change in the Indian psyche, with more and more people preferring to invest in stocks and mutual funds, rather than just parking cash in fixed deposits in a bank.

The Indian public has pumped a massive amount of money into mutual funds. So even at a time when foreign investors turned negative against the Indian markets, domestic funds kept buying.

In March 2018, for example, foreign outflows were $2.9 billion, but more than made up by domestic inflows of $4.5 billion.
“The EM pack has suffered due to outflows and a strong dollar. India has been resilient because of its strong economy and local flows, even as the trade war rhetoric rises,” says Sunil Sharma, chief investment officer at the Mumbai-Sanctum Wealth Management Pvt.

The Next Turning Point: The Indian General Elections 2019

The election season is on in India, and that could well be the next turning point – or an inflection point – which will decide the direction the markets take henceforth.

What the markets want: A win and a second term for Prime Minister Modi, perhaps the best leader the country has had since independence in 1947. That would send all stocks – large cap, mid cap small cap – jumping up, reaching new highs every other day.

What the markets don’t want: A confused mandate or a victory for Congress, the main opposition party. Rahul Gandhi, Mr. Modi’s opponent, has promised all sorts of doles and freebies to the public in his effort to win the election. The most notable of this is the Universal Basic Income Scheme, which could bankrupt India and potentially turn it into a much bigger version of Venezuela.

Our investment strategy remains the same as always – buy low, sell high. This is a good time to invest in Indian companies. Mid-cap and small-caps give you a far superior risk-reward proposition compared to large-cap stocks.

Indian e-commerce start-ups such as MakeMyTrip are among the top picks of our emerging markets portfolio. MakeMyTrip is one of the many internet start-ups in India that have benefited from the e-commerce boom, started by companies such as Flipkart – the Indian version of Amazon.

MakeMyTrip is an online travel company similar to Expedia and Orbitz, which has basically put travel agents out of business in India.

MakeMyTrip is a pioneer in the fast-growing Indian online travel market and is listed on NASDAQ.

It’s a part of our Emerging Market Portfolio and we like it not only because it is a leader in its category, but has a very good balance sheet, with cash and term deposits amounting to $441 million. This gives this company the power to spend heavily on marketing and advertising in a highly competitive market.

MakeMyTrip makes most of its money from online booking of air tickets, train tickets, bus tickets, hotel rooms holiday packages. Hotel bookings have a higher margin compared to of air tickets – 22 percent to 7.3 percent. The company follows an aggressive pricing strategy that gives it an edge over local competitors such as OYO and ClearTrip.

We are equally impressed by Dr. Reddy's, a top Indian pharmaceutical company and a major player in the global generics business. The company has a significant presence in the U.S. and in Germany, because of its acquisition of the German company, Betapharm.

We encourage you to perform additional research into these companies before deciding to invest in them.